A couple years ago, I got the chance to visit a place called Cabo San Lucas, Mexico. The scenery was beautiful and the weather was luckily in our favor. Being a tourist, however, meant that we wouldn’t have the chance to experience what life was really like down there. We’d simply show up, check in, have a good time and leave afterwards. So rather than going on a sightseeing tour, our group contacted the Cabo Airport Transportation service, and headed straight to the hotel. Once we were done unpacking, we decided to go explore the city and mingle with the locals. Since most of the natives spoke English, communicating with them was a lot easier than we expected.

The streets were filled with vendors looking to sell their merchandise to anyone willing to buy. For them, this was more than a business. This was a way of life, a way to feed their families and keep a roof over their heads. So if we saw any vendors out there with children, we’d buy a T-shirt or something just so they had money to feed their kids. The problem was whenever any of us pulled out money, the other vendors would come by and try to walk us over to their shops. If we weren’t paying attention, we would have spent all of our money on the first day just buying things we didn’t need. As we continued walking through the crowded streets, we tried to talk with some of the locals who lived in Cabo. Just to see what life was really like for them. For some, life was hard and they struggled everyday to make ends meet. For others, however, things were going relatively smooth depending on the job.

Generally speaking, for residents in the food industry, things always seemed to be a bit easier for them. As a tourist, it’s easy to say no to someone trying to sell you a handbag, or a wallet for that matter. But it’s harder to say no to someone trying to sell you food. Especially when you’re hungry and the fresh smell of chicken enchiladas fills the air. Food was definitely a priority down there, and everyone knew it. We continued following the crowd down Lazaro Cárdenas, and stumbled on a street full of restaurants. The restaurants catered to tourists. They sold burgers, BBQ, and of course, Mexican food.

What Your Guide Won’t Tell You About Cabo

It would have been a bad idea to travel all the way to Mexico, just to get a burger. So we all agreed to stick with the tradition, and only eat Mexican food. As we continued on our journey, we somehow ended up at a small restaurant just off of Lazaro Cárdenas called Tacos Gardenias. We decided to try it since they were cheap and had air conditioners for the guest. The restaurant’s layout was easy to follow, so if you were sitting in the back, you could easily see what was going on in the front.

When our waitress came by, she asked if any of us wanted drinks. We all said yes. After taking our orders, she walked away, dragging her feet. That’s when we all turned towards each other sitting in silence. Even though she didn’t tell us that she was tired, her body language showed it.

As she poured our drinks, we noticed that her shoulders were slouched over. This made her shirt slide down her arm. She sighed as she placed our cups on the round black tray. We could tell she just wanted to go home, and quite frankly, we didn’t blame her. To us, this was paradise. But to her, this was another day dealing with tourists. After a short wait, the waitress brought us our drinks and told us our food was on the way.

The drinks were great, and the food was even better. Tacos Gardenias was known for their shrimp tacos, and they lived up to our expectations. The tortillas were handmade, and the meat was slow cooked to make sure the shrimp absorbed all of the seasoning. Nothing was rushed, which made the food even more enjoyable. For us though, this was a more than just dining at a restaurant. This was a way to gain insight about the Mexican culture. A culture we’d never been exposed to before. We wanted to eat more, but couldn’t manage to take another bite.

By this time, though it started getting late, so we thought it’d be a good idea to go back to the hotel. On our way back, we couldn’t help but notice how much quieter the streets were. The nightlife was completely different from the daytime attractions. There were no vendors, no kids, and no entertainment. But this was the real Cabo, a peaceful, quiet place for tourists like us to escape reality.

Thank you for reading this article on what your guide won’t tell you about Cabo. I’m curious to know what your thoughts are on traveling. Do you enjoy interacting with the locals? Or do you prefer to keep to yourself?  Please feel free to leave comments below. 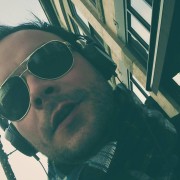 Cody Hill enjoys being outdoors, and loves watching baseball. Can’t find him online? Chances are he’s probably exploring the wilderness or cheering on his favorite team (Go Cubs)! Thank you.

A Tour Around Chernobyl – Do You Dare?