The annual Melbourne Cup Racing Carnival gets off to a flying start with the Victoria Derby on Saturday, 2 November 2019. It’s one of the most exciting social events of the year and includes fashion, food and music. With an estimated 90,000 visitors flocking to the Flemington racecourse, you’ll need these Victoria Derby Day tips to make sure you stay ahead of the field.

You never know who you might meet there, so helpful Derby Day tips include learning about this historic race. Taking inspiration from the UK’s Epsom Derby, the Victoria Derby was launched on 7 November 1855, making it the oldest of Australia’s horse races. The winner that day was the beautiful chestnut filly, Rose of May, who completed a course of 1.5 miles.

Predicting the winner is never easy but there are some clues in the Derby Day form guide. It’s unlikely to be one of the fillies. It’s nearly a century since the 1923 filly, Frances Tressady, scooped the honours.

A tip for effective Derby betting is to keep an eye on the races leading up to this event. Success in the Cox Plate at Moonee Valley has sometimes brought the first prize for horses at Flemington including Reveneaux (1986), Helenus (2002) and the beautiful grey, Efficient (2006).

Incidentally, the only other grey to win the Derby was Suwarrow in 1879. Favourites at the bookies haven’t fared so well either with an average of only one winner every decade. If you’re new to Derby betting, placing an each way bet gives an increased chance of winning some money as it pays out whether your horse finishes first or second.

If you’re hoping to mingle with the rich and famous at this prestigious opening of the Melbourne Cup Carnival, you’ll have to abide by the strict dress code that’s been in place since 1960. Derby Day dresses for ladies and formal suits for men must be in black, white or a mixture of the two.

Hats and buttonholes often sport a few blue cornflowers, the official flower of the event since 1962. Fashion in the Field contests complete with big prize money are held throughout the Carnival but Derby Day is reserved for finding the best-dressed man.

The traffic on the roads around Flemington is usually horrendous. Your best bet is to rely on the excellent public transport services. Extra trains, buses and trams are in action all day. Try to travel early to avoid the main crowds. Fortunately, you can get into the racecourse from 8.30 am.

A great day out

Derby Day at Flemington’s racecourse is an amazing event. It combines the noble traditions of the Sport of Kings with the frivolity of who’s ahead in the fashion stakes. There are the excitement and suspense of winning a bet or two. You’ll have such a great time you’ll probably want to come again next year.

But above all, the Derby gives us the opportunity to admire the magnificence and stamina of the thoroughbreds. For them, Victoria Derby Day is a once in a lifetime trip. 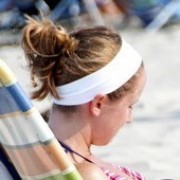 Sofia is a tech enthusiast and traveller who loves encouraging curiosity in tech-related stuff and creating memories along with her journey around the world. See more about Sofia on Twitter @SofiahayesS

Visit these 5 Uncrowded Destinations in Europe