Varanasi, known popularly as Benaras or Kashi, is located on the banks of River Ganges in Uttar Pradesh. Devotees consider it the first of the seven holiest cities in India. Although it plays a very important role in Buddhism and Ravidassia, it is mainly popular for Hinduism and Jainism. The main language of people here is Bhojpuri, which is a dialect of Hindi. Varanasi is a city of colors, Hindu devotion, mysticism, pilgrimage and poetry. As a holy city, the Hindus believe that death in Varanasi brings salvation. Varanasi is undoubtedly popular worldwide for its ghats, or steps, leading to the banks of the Ganges.

According to Hindu mythology, Vishnu, Shiva and Brahma founded Varanasi. During a fight, Shiva tore apart one of Brahma’s five heads. As a sign of bravery, Shiva always carried the adversary’s head. He let it hang from his hand as a sign of his strength. However, when Shiva came to Varanasi the head of Brahma dropped from his hand, fell onto the ground and disappeared. Hence the spot is considered to be very holy.

Top 10 places to visit in Varanasi

Being a popular city, this place has many important locations that cannot be missed. A Varanasi day tour covers some of them.

The main reason people visit here is to gain spirituality. The Assi Ghat is where the pilgrims pay homage to Lord Shiva. This is a crowded, chaotic place. When here, visitors worship a huge lingam (a devotional object representing Shiva) situated under a peepal tree.

A tour of Varanasi would undeniably be incomplete without visiting this popular temple. This temple is one of the 12 Jyotirlingas, or shrines, dedicated to Lord Shiva. Many holy scriptures mention it.

This place is popular because it is where Tulsidas wrote the Hindu epic Ramayan. Founded in 1964, white marble with intricate designs make this temple unforgettable.

This popular well is located in the Gyanvapi mosque, a particularly popular Muslim destination. It was built on the remains of Kashi Vishwanath temple by Mughal emperor Aurangzeb.

The fort is situated in the Mirzapur district of Uttar Pradesh. Worshippers chiefly venerate the tomb of the soldier and Mughal emperor Babur here.

Located 13 km northeast of Varanasi, Sarnath is a popular Buddhist pilgrimage location. After jostling through the Ghats of Varanasi, this place offers peace and solitude. Buddha, after attaining enlightenment at Bodh Gaya, visited Sarnath with his former companions. After that, he gave his first sermon here.

This museum set up in 1920 by Rabindranath Tagore is amongst the foremost tourist places here. It is a hub of art and culture. The museum showcases miniature paintings, sculptures and local history displays. A classical atmosphere reflecting Indian culture and tradition unquestionably rings through this place.

Godowalia has the busiest and most crowded shops in the town. You’ll find the streets packed with handmade crafts, muslin, glass bangles and household items. So make sure to visit this place to carry something back for your loved ones.

Varanasi is particularly popular for silk. This place is the leading manufacturer, wholesaler and exporter of silk sarees, bed covers, stoles and everything involving silk. This place is accordingly a must for people who want to splurge on Banarasi silk.

Amongst the innumerable ghats in Varanasi, this one surely stands out. This place is famous as the meeting point of five rivers: Ganges, Yamuna, Saraswati, Kirana, and Dhutpapa.

There are certainly many other popular places in Varanasi. They include other ghats like Causathi,  Rana Mahal, Ahilyabai and Shivala. Also included are Durga temple, Man Mandir observatory, Alamgir mosque and many others. Though crowded and chaotic, it has a unique aura that attracts both Indians and foreigners. 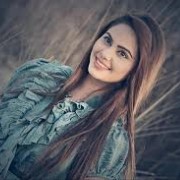 Archana, A creative writer and blogger by profession. Loves to travel and likes to share travel experiences through writing blogs and articles.

How to Prepare for Travel with Your Dog