When traveling in a taxi, whether it’s VTC or regular taxi, alone or with friends, there is always one factor, one person that can sometimes make a difference on your trip. That person is none other than your driver. Sure the car might have a cool sound system, cables and chargers for your phone, Wi-Fi and other things that you won’t find in most taxis, but it’s the driver that can make a difference on your mood and on your overall trip. Here are a few types of taxi drivers you could run into during your journey that could change your travel experience.

We will be talking about my favorite types of taxi drivers in a few short paragraphs; but before we get into it, what exactly is a VTC? In French, VTC stands for “Vehicule Touristique avec Chaffeur” but often shortened to “Vehicule avec Chauffeur”. In other words, VTCs are private vehicles with a chauffeur, which allows you to go from point A to point B by putting you in command. Typically, these taxis are difficult to distinguish from normal vehicles, since they don’t have the same look as traditional taxis but of normal road vehicles from the exterior.

They are an alternative to traditional taxis and rental cars. In addition, they can only be hired through their apps or on their websites. For example, ride sharing giant Uber has branches relative to the client’s needs. UberX which is for regular taxi use; and there is also UberBLACK if you want absolute professionalism and discretion. To become a VTC driver, the individual must complete 250 hours of training and also pass medical exams and have no history with the law.

Although VTC drivers are regarded as professionals, there can also be entertaining drivers among them. You’ll find these drivers from companies such as Uber but not all of them are fun. However, if you are lucky to be picked up by a driver who has a good sense of humor, you are guaranteed to have an extremely amusing trip and wish it lasted longer. In some cases, drivers provide their passengers with a bunch of stuff in their cars. Such as chargers, Wi-Fi while VTC drivers on the other hand, normally provide water bottles for their passengers. Also, passengers can also jam to the drivers’ songs and vice versa, if they choose to.

As a matter of fact, Uber in the United States and Canada allow college students to work as part-time drivers, giving students over the age of 21 the opportunity to earn some money on the side. Therefore this can make younger drivers more relatable, as they try to create a future for themselves, and also share their experiences.

Being a taxi driver to some is often a part time affair. Some drivers can be workers, students or even tenants. Similarly, VTC drivers are often auto-entrepreneurs. To which gives us a more mature and professional driver, who can be older. These are the type of drivers that you’ll often run into when hiring a VTC. On one hand, It’s not a bad thing, many people like it when strangers mind their own business and it also lets you experience what it feels like to be a CEO.

Vtc-belgium.com is an example of a company that allows you to experience that feeling. However, some taxi drivers often seem intimidating and grumpy. But once you get them to talk, you can have a long and interesting conversation along the way. You might even leave a big tip and know their families’ entire history. On the other hand, there are drivers who don’t like talking at all making the ride quiet and seem awkward and interminable. Although, there are people who prefer quiet drivers, as some people find it more professional. Can you imagine coming off a flight with a long layover and the driver responsible for your transportation is extremely nonchalant to anything you say? Those are things that can occur but most of the time drivers will just mind their business.

It’s the Journey That Counts

All in all, the excitement in your journey doesn’t depend on your driver. Sure, it can make a difference as it can also be an experiment of some sort. It’s you – the passenger – that can make your trip enjoyable. You can run into a fun driver and still not have fun. Just remember that not all types of taxi drivers have the same personality. Don’t take it personally if a driver ever seems rude or even curious. At the end of the day we are all human, and what you see is a piece of his or her personality. So if you ever run into any of these drivers, remember it’s not fun unless you make it fun. 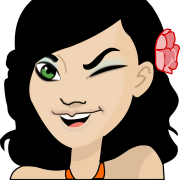 I am Corine, an amateur writer. I am a married lady, an independent solo traveler, who enjoys reading and cooking. Hopefully, I will learn a musical instrument this year.

5 Travel Safety Apps To Keep You Safe On Your Trip