Nepal is a country that is renowned for its Himalayas. Indeed, it is often called “the land of the Himalayas”. Eight of the ten tallest mountain peaks in the world are situated in Nepal. And with this, trekking in the Himalayas is one of the most famous adventure activities to do in the country. Nepal certainly does not lack in destinations for trekking at all. It has numerous regions and locations that offer an amazing trekking experience. Each region offers its own unique features pertaining to ethnic culture and natural beauty. Here are the top 5 short treks in Nepal to choose from:-

Top 5 Short Treks in Nepal to choose from

The Everest Base Camp Trek

The Everest Base Camp Trekking is the most famous trekking journey not only in Nepal but worldwide. People from far and wide visit Nepal every year to do this. Its popularity is also pretty well-deserved; because it is an extremely beautiful journey, that takes place in the Khumbu region of Nepal. It leads trekkers to the base camp of the world’s tallest mountain peak and lets them experience the legendary Sherpa culture of Nepal’s Himalayas.

Highlights of the journey include the vantage point of Kala Patthar, which is famed for its panoramic view of the entire Mount Everest massif; a visit to the popular Everest View Hotel that boasts of the best views of Mount Everest and its neighboring peak from all of its windows; amazing Sherpa mountain towns like Namche Bazaar and villages like Tengboche, Dingboche, Phakding and Gorakshep among others. Every location throughout the trip offers amazing close-up views of the Khumbu Himalayas. Mani stone walls carved with prayers and small chores and gumbas (Buddhist ecclesiastical fortification of learning) line the trekking trail at regular intervals. Furthermore, the Sagarmatha National Park is also included. Sagarmatha National Park is a Natural UNESCO World Heritage Site.

The Annapurna Base Camp Trek

Among all of them, perhaps the lake-side city of Pokhara is the most renowned. As well as Pokhara, the Annapurna Base Camp Trek also includes many ethnic Magar and Gurung villages like Ghorepani, Tadapani, Chhomrong and Deurali. Moreover, the vantage point of Poon Hill is also visited. Poon Hill is quite popular as one of the best vantage points of Nepal. It offers panoramic views of the entire Mount Annapurna massif. The sunrise view from Poon Hill is absolutely breathtaking. Terrace-farms and pasturelands are also stapling terrains that ornament the region.

The Upper Mustang Trek is one of the most culturally rich trekking journeys in Nepal. Due to the less amount of rainfall in the Mustang region; the terrain consists of arid and corroded cliffs and desert-like topography. Mustang is also known as the former kingdom of Lo; and it contains some of the most amazing rock-formations in the world. Various Tibetan Buddhist monasteries and gumbas are present in the region; and they provide amazing insight into the Tibetan Buddhist religion. As a matter of fact, Mustang is one of the last vestiges of an unsullied Tibetan Buddhist religion in the world. Tourism in Mustang was restricted for the longest time; and because of this isolation the region’s cultural practices and traditions have not changed for centuries. Upper Mustang trek, as a result, is like going back in time.

The Manaslu Circuit Trek takes place in the beguiling Manaslu region. It allows you the opportunity to experience magnificent views of mountains like Mount Manaslu, the eighth highest mountain in the world; along with many of its surrounding peaks like the Sringi Himal, Himlung, Cheo Peak, Gyagi Kung, Kang Koru and Annapurna II among many others. These beautiful Himalayan peaks present an amazing sight while trekking on the trails. It includes trudging on the ancient salt trading route along the ebullient river of the Budhi Gandaki.

The trekking trail of the Manaslu Circuit also passes through many verdantly rich forests of rhododendron trees and alpine woods like pine, cedar, birch and junipers. The trekking trails are also ornamented quite attractively with Mani stone-wall carvings which give the trails a celestial quality. The wildlife and biodiversity of the region is also a matter of great interest; because the forests of the Manaslu Region are home to a great many wild animals and beautiful avifauna. The ascent up Larkya La Mountain Pass also presents a breath-taking view of the cerulean glacier along with the sight of Mount Manaslu. It also includes the Manaslu Conservation Area.

The Langtang Valley Trek takes place in the amazing Langtang valley in Nepal. The beautiful valley of Langtang, known as “The Valley of Glaciers”, lies only 19 miles north of Kathmandu. Blessed with an absolutely impressive landscape, the valley is also home to various rare species of birds and animals. Laying within the confines of Langtang National Park; the first Himalayan national park of the country, the Langtang Valley Trek is a beautiful journey that is quite fascinating. The Langtang Valley is also renowned for its Cheese Factory and the serene Kyanjin Gompa. The visit to Kyanjin Gompa serves as the cultural aspect of the journey; where you can get an insight into the Tibetan influenced Buddhist culture prevalent in this region.

Majority of the people in this region are Tamang; and you can get knowledge and information on the Tamang way of life in the valley during the trek as well. The valley also offers some of the most spectacular views of the mountains that rise above 7000 meters; like Mount Langtang Lirung, the Ganesh Himal, the Tserko RI, the Kyanjin RI, the Dorje Lakpa and many more.

There are many more treks in Nepal that you can choose from in Nepal. Visiting Nepal is also relatively cheaper than most countries and it has many amazing Himalayan features and cultural riches. If you haven’t yet visited Nepal, then it is time that you did that! 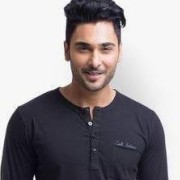 Puhoi: a little corner of Bohemia in New Zealand