India is well known as the religious and spiritual hub in the world. People from far and wide gather together, to celebrate their devotion and pay respect to their Lord. Having its roots deeply seated in religion; India is a home to almost 600,000 temples panning across the length and breadth of the subcontinent. The temples in India are extremely diverse but still they represent age old traditions and true authenticity. With generations of selfless devotion the Indian population has been successful in making these temples the top spiritual destination in the world. If you are planning for a soul and heart enriching India pilgrimage tour then the following top 5 most popular temples in India should definitely be on your list:

Top 5 Most Popular Temples in India

Built in 13th century by King Narasimhadeva 1 of the Eastern Ganga Dynasty; this temple is dedicated to the sun God. The traditional Kalinga architecture is highly detailed and extremely imposing. The overall temple complex has the appearance of a 100ft high chariot complete with giant yet intricate carvings of wheels and horses all done on stones. The artwork and illustrations on the temple includes depictions from the scenes of mithuna and kama. The whole temple is east oriented so that the first rays of sunrise strikes the main entrance. Truly a remarkable and a memorable experience; this temple deserves to be visited at least once in a lifetime to experience the grandeur.

This is one of the oldest pilgrimage centres in India and has been mentioned several times in the ancient Hindu books like Shiv Puran and Shrimad Bhagwat. The name of the temple means ‘protector of the moon god’. Legend has it that ‘som’ or the moon god, got this temple built as a way of honouring Lord Shiva, since he had lent a helping hand in curing som’s illness, which was inflicted upon him by his father-in-law. It is home to one of the 12 jyotirlingas in India; and an extremely important pilgrimage site for Hindus in Gujarat. Also known as the “shrine eternal” this temple is the true representation of Lord Shiva’s unmatched vigor.

Constructed during the 12th century and dedicated to Lord Shiva this temple is located on the Rameswaram Island in the southern state of Tamil Nadu. This temple is home to one of the 12 Jyotirlingas in India and is home to the longest corridor among all the Hindu temples in India. The temple has withstood the test of time and the harshest climatic conditions but it still stands tall. The pillars of the temples are carved intricately with individual and one of its kind compositions. The temple is also one of the sites of the holy Char Dham Yatra and is the result of consistent work of individuals panning over centuries.

The sparkling white Gangotri temple is located in at an elevation of 11,204ft. It is the seat of Goddess Ganga and is included in the Chota Char Dham Yatra. As an important part of the Yatra; this temple should be visited after paying a visit to the Yamunotri temple. In Hindu mythology, goddess Ganga took the form of a river with an aim of absolving the sins of King Bhagiratha’s predecessors after his intense penance which lasted for several centuries. Seated on the lap of the great Himalayas this temple is a must visit for devotees as well as nature enthusiasts.

Located in the heart of Varanasi and dedicated to Lord Shiva, this temple has been mentioned in the Puranas and holds of immense importance to Hindus. Kashi Vishwanath Temple has been continuously destroyed and reconstructed over a long period of time making it extremely sacred. Catering to 3,000 visitors on a daily basis; Kashi Vishwanath Temple is recognized for containing special significance in the hearts of every Hindus. The history of this temple dictates that Lord Shiva appeared here as a powerful column of light; hence it is one of the most important Jyotirlingas site in India. 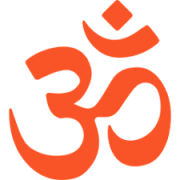 Why does travel light up my soul? I hardly know. Just that when I am drawn in by its mysteries, I feel the most alive. Hello Everybody! I am Sonali Gupta, a blogger and like to write on travelling. Writing is my passion. I am currently working with a leading tour operator company Gujarat Expert as a content writer.