From glaciers to hot springs and volcanoes, Iceland has always been a place defined by nature. Even in the capital of Reykjavik views of the surrounding sea and mountains colour the resident’s lives. Its distance from mainland Europe has led to the development of a rich and unique culture unlike anywhere else, where the people are as enchanting as the countryside. Whether you’re bathed in the Northern Lights or the midnight sun, there’s no bad time to give Iceland a visit. We’re going to look at ten of the incredible Iceland attractions that make it such an unmissable place to visit.

If you want to see the best nature has to offer in Iceland, nowhere comes close to the untouched wilderness of the Hornstrandir Nature Reserve located in Westfjords. There’s a majestic brutality to its granite-hewn mountain ranges and sweeping sea cliffs beckoning the nature-loving traveller. However, the absence of shops and modern conveniences on the reserve require visitors to take the place seriously. The jewel of the reserve is the Hornbjarg, a massive and imposing sea cliff at the most northern part of the reserve. For the less adept adventurer, guided tours are offered in summer to help you see the beauty accompanied.

This small and secluded fishing village nestled in a cove of northern Iceland has gained a reputation of late as one of the premier places to go whale watching in the whole of Europe. Species such as humpback, minke and blue whales mingle with dolphins and porpoises out to sea. In addition, the Husavik Whale Museum also boasts many massive whale skeletons and a treasure trove of information about these beautiful mammals and Iceland’s whale hunting past

Tucked away in the Fjallaback Nature Reserve nestled within the centre of the country, Landmannalaugar is famous for its beautiful hiking trails. Sitting on the border of a lava field, the mostly flat area is also well known for its natural hot springs. Especially popular trips include light walks through the lava fields and hikes up Mt. Blahnjukur. The area is well served by tour companies and there are facilities to spend the night as well.

The earliest location of the country’s first government, Thingvellir holds much historic value to the people of Iceland. Based in a valley sitting on the border of two tectonic plates also makes the area of significant geological interest as well. The landscape bears witness to the awesome force of the earth shifting natural processes that have taken place over the years in its lakes, cliffs and fissures.

Created many thousands of years ago by a river of boiling lava, Myvatn is home to some of the best bird watching in the country. Over a hundred kinds of bird call the lake home. The pseudo-crater caused by volcanic eruptions are one of the most dazzling and Incredible Iceland attractions to see.

Despite a relatively small population, Reykjavik cover a wide area of the Seltjarnarnes peninsula in the south of the country. Stop by the National and Saga museums to find out more about Iceland’s fabled Viking past. Lost of shops, restaurants and bars in the central area of Laugavegur is worth a look and offers exciting nightlife.

Few displays of the power and scale of nature match the sight of an iceberg separating from a glacier and falling into the sea. The best spot for seeing this is the Jokulsarlon Glacier Lagoon in the southeast of the country. While it’s possible to watch from the road, nothing beats taking a boat onto the lake to witness the incredible Iceland attractions up close.

The site of the biggest glacier in the whole of Europe, Vatnajokull is so huge it comprises almost 14% of Iceland’s landmass. Seasoned hikers can hike most of the Vatnajokull glacier or walk amongst the rows of volcanic craters. Moreover, the massive Dettifoss waterfall is one of the most incredible Iceland attractions as well.

This area holds a charming collection of some of the best Iceland has to offer. There are villages, historic sites and natural features waiting for you to explore. Day-long trips through the area take what is called the Golden Circle Route, taking in the huge Gullfoss river current crashing through a canyon, and the Geysir hot spring, from where the word “geyser” was derived.

An hour’s drive from Reykjavik will bring you to the Blue Lagoon, the country’s most visited tourist destination. This man-made lake is filled with heated seawater running from an adjacent lava flow, making it a great area to relax in the steaming waters. A hotel with high-end spa facilities will ensure all your pampering needs are taken care of. 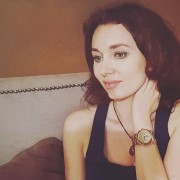 5 Things to do in the Galapagos Islands Ecuador

A Weekend in Blacksburg, Virginia