The travel bug bites nearly everyone at some point in their lives, but some travel bugs are more unique than others. My travel bug is a historical travel bug. My best friend’s most recent travel bug has to do with concert photography.

If architecture is more your bag, however, there are 10 sites from around the world you need to visit. Thanks to astounding feats of engineering, inclusion on numerous “wonders of the world” lists, and overall wow factor, these 10 sites are worth a “world tour.”  Or at least a solo visit or two.

Top 10 Engineering Marvels Around the World

The Dam that Roosevelt Built

If you’re an Idahoan like me, you’ll likely start with the closest structure, the Hoover Dam.  Built during the Great Depression, the dam employed more than 3000 workers who’d lost their jobs during the recession.

The dam created Lake Mead, a great alternative sight to see if staring at one of the largest walls of concrete isn’t your thing.  Lake Mead is less than 30 miles from the Vegas Strip, and it is fed by the Colorado River, one of the U.S.’s best recreational rivers.

Maybe the outdoor life isn’t quite for you, or you need a taste of a Western metropolis before heading east or heading south.  If that’s the case, pop over to San Francisco to visit the Golden Gate Bridge.  You can marvel at the 27,572 strands of wire which make up each one of the two main cables of the bridge.

Then, you can pick a side of the San Francisco Bay and head into town for more sightseeing.  The southern end is home to San Francisco itself.  My favorite neighborhood is the Sunset.  Close to the beach, it offers great eating, especially Asian cuisine.  Don’t forget to take a cable car to the Haight-Ashbury (don’t add the “district!”) while you’re there.

Can I Sell You a Bridge in Brooklyn?

No, the Brooklyn Bridge is not for sale.  But it’s certainly worth a look as it’s the oldest American structure on this tour.  Built in 1883, it was ahead of its time for many reasons, the greatest of which being it was the first suspension bridge ever constructed.

After marveling at the famous bridge, make your way to the Brooklyn Museum.  Through August 23 of this year, the museum is exhibiting the notebooks of Jean-Michel Basquiat.

Head to the Southern Hemisphere, and you find the Panama Canal, one of the Seven Wonders of the Modern World. The canal is technically a series of eight locks linking the Earth’s two largest oceans.  The time is ripe to see the Panama Canal as is, since there is an expansion project underway, which will increase the width of the canal.

The expansion project can be seen via a visitor center which also leads to an ecological trail.  Personally, I’d geek out over the construction, take a break to check out the Panamanian wildlife, then return to the scene of the engineering action.  Who wouldn’t want to witness history in the making?

The next stop on this tour of architecture and engineering feats of daring-do is the English Channel Tunnel, or the Chunnel.  Engineers long had it in their heads to “bridge” the gap – ahem – between the British Isles and mainland Europe since the early 19th Century.

French mining engineer Albert Mathieu was the first to propose a tunnel under the channel – in 1802!  However, the Chunnel wasn’t finished until 1994.

The best way to see the Chunnel by actually experiencing it on a train.  Board a Eurostar train in London or Paris and take a ride!  Then all of Europe is yours for the sightseeing!

To be fair, it was the Romans who needed the water, and to get it from the nearby Fuente Fria river, they built the Aqueduct de Segovia, a site you could visit if you traveled the Chunnel from the British Isles to the Continent.  Some writers attribute its construction to Emperor Trajan, others to Domitian.  The emperor matters not.

What matters is that the aqueduct, which runs for more than 20 miles, was built with more than 24000 blocks of granite – and there’s nothing holding them together!

After you’ve inspected the arches to make sure there really is no mortar, tour the town of Segovia itself – there is plenty to do.  Make sure you check out the city’s website for tips and hints, but you might need to brush up on a little Spanish first – many of the pages are available only in the native tongue.

The Oldest – and Pointiest – Stop on This Tour

The Great Pyramid at Giza is the oldest of the original Seven Wonders of the Ancient World.  It is also the only one left.  Predating the members of that list and this tour by 2000 years, the pyramid’s construction method is still debated today.

Egypt is still reeling from the political upheaval that started four years ago.  The social and political revolution which occurred, and spurred by social media, has now died down.  While security forces are still present throughout the country, tourism is once again increasing.  Your best resource for judging the tourism climate is Cairo’s guide on Wikitravel.  The site links directly to the U.S. Embassy – if you happen to be from the U.S., like I am.

He didn’t free climb it, though, but that was still an impressive scene.  The Burj Khalifa is a stop on the tour that I would likely visit from the ground.  And then I’d go shopping.

If you’re into heights, as Cruise obviously was, feel free to visit the New Deck observatory on the 148th floor of this marvel, the tallest EVERYTHING in the world.  Okay, it’s not the tallest EVERYTHING, but it does hold numerous height records, including tallest building and highest observation deck.

Fell in love?  You can live here.  As in the tower itself.  Personally, I’ll visit Dubai and gawk at luxury shopping and cars.

The Great Wall Took How Long?!

The second oldest stop on the tour also took the longest to construct.  Care to take a guess?  More than 2000 years.  Why?  Because it wasn’t just one wall, but has been a series of walls – reconstructions, repairs, fortifications, etc.  In fact, little of the original wall remains.

What does remain can be hiked or walked, if it still in good condition.  I have always wanted to walk as much of it as I can – this is on my Life Goals list (the heck with buckets).  There are multiple tours which you can take.  Or you can do it on your own.

The Last Bridge, Not the Least Bridge

Stay in China to visit the last marvel on the tour, but certainly not the least marvelous stop: the Qingdao Haiwan Bridge, or the Jiaozhou Bay Bridge.  This bridge, the newest of the three on this tour, is also the longest.

Finished in 2011, the bridge spans the gap between two sides of Jiaozhou Bay in Shandong Province.  The area was once controlled by Germany, but this lease ended with the outbreak of World War I.

Now it is a booming industrial and commercial center, and if crossing the bridge multiple times or even looking at it doesn’t appeal to you, there are myriad shopping opportunities.

A whirlwind tour of the world itself this has been – the world of engineering marvels.  Pick one, pick two, pick all 10! Whichever ones tickle your fancy, there is at least one on this list to inspire the traveler in all of us! 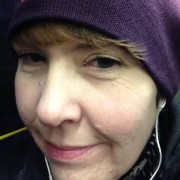 Hattie is a writer and researcher living in Boise, Idaho, who has traveled throughout Europe and has spent countless hours in the car travelling the around the United States. She has a varied background, including education and history as well as journalism. Hattie enjoys sharing her passions through the written word. She is currently spending many sleepless nights seeking her graduate degree but always sets aside time to enjoy a good cider. Tweet at Hattie: @hejames1008

A visit to Dunedin’s Olveston House

The New England Coast in Photos