We all know the numerous health benefits of swimming, but studies have recently shown that these can be increased and amplified when the swimming occurs outdoors. Not only can the lower temperatures of the water burn up to 6% more calories, salt water found in outdoor sea baths acts as an incredible skin exfoliator and can even improve your immune system. Because there’s no environment on earth where you’re more likely to be in need of these health and wellness boosts than amongst the sprawl of the world’s most bustling cities, here are the 11 best city swimming places to indulge in a spot of urban swimming this summer!

Panoramic and refreshing, Sydney’s Bondi Icebergs are often awash with the powerful ocean spray of the Tasman Sea. These pools date all the way back to 1929, where they were used to train lifeguards.

A hit with Londoners and visitors alike, the Hampstead Heath Ponds are a true oasis of calm amongst the hustle and bustle of the big smoke.

The only salt water swimming on offer in Vancouver, Kitsilano Pool comes complete with a stunning view of the city skyline, as well as the beautiful English Bay.

Floating on top of Berlin‘s River Spree, this incredible structure was commissioned by the City Art Project and was an instant, summer-time hit with the locals.

A short drive out of Malta’s capital is Armier Bay, home to this incredible swimming hole. This is the perfect place to take a cooling dip and splash around in the calm waters of the Mediterranean.

The amazing design of this structure allows Copenhagen it’s very own sea baths, full to the brim in summer with keen swimmers and sunbathers.

Who wouldn’t want to swim a few lengths with the view of the rambling Barcelona skyline stretching out before them? Montjuic Olympic Pool offers just that!

The glamorous 18 pools that make up Budapest’s Szechenyi Baths are mostly fed by thermal springs, making swimming here all the more luxurious.

Classified as a national monument and overlooking the Atlantic Ocean, Porto’s beautiful Piscinas das Mares are the ideal spot to dive into some seaside swimming.

Just outside of Athens lies the glorious Lake Vouliagmeni, crystal clear, shimmering in the sun and just waiting to be swum.

Originally used in the 1936 and 1964 Summer Olympics, the Astoria Park Pool in New York is only a stone’s throw away from the majestic RFK Triborough and Hell Gate Bridges.

For more information and pricing on the best city swimming places around the world, read the full article here. 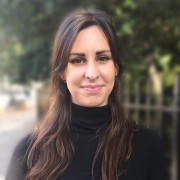 A dynamic and innovative creative marketing and SEO agency, working within the travel and food sectors!

What to Do in Udaipur, India