Tungnath Temple, one of the five sacred Panch Kedar temples, is located in the Chandranath Parbat in the Rudraprayag district of Uttarakhand in India. At 3680 meters above sea level, it is the highest temple of Lord Shiva. Dedicated to Lord Shiva, this temple also has idols of other gods and goddesses like Goddess Durga. This magnificent temple, discovered by Adi Shankaracharya and visited by many, is 1000 years old.

Tungnath Temple is a part of Panch Kedar Yatra. According to history, the Pandavas were culpable for slaying their own relatives. So they were advised by Sage Vyas Rishi to seek a pardon from Lord Shiva. But Lord Shiva took the form of a bull to avoid them; later he rematerialized at five different locations today referred to as Panch Kedar. In Tungnath Temple it is believed that Lord Shiva’s hands (bahu) were seen. The Chandrashila peak where Lord Rama meditated is also close to Tungnath temple.

How to reach Tungnath Temple

Tungnath Temple is 4 km from Chopta. It is located at high altitudes and usually receives heavy snowfall. The trek to Tungnath Temple follows heavy terrain through rocky hills, green meadows and rhododendron bushes. This trek lets you embrace nature. The invigorating views of known and unknown peaks of the Himalayan range are visible from Tungnath. The fresh ambiance boosts more confidence in the hearts of the trekkers.

Tungnath Temple is not open throughout the year. It usually opens in May on the auspicious occasion of Akshaya Tritiya. It is usually closed during the winter because it receives heavy snow, which increases in the winter season. The symbolic image of Lord Shiva is moved to Mukunath during winter so devotees can visit the temple throughout the year.

Things to keep in mind

There are several things you need to keep in mind while traveling to Tungnath Temple.

Your safety is first. If you are hiring a tour guide, learn about the tour guide and check his reviews to be 100% sure. Choose an honest and trustworthy tour guide and avoid frauds.

Consult your doctor and arrange for a checkup. This is especially important for people with high blood pressure, diabetes, heart or lung problems.

You will be at high altitudes so make sure to carry warm clothes. It is usually cold all the time, but temperatures drop even more at night. Make sure to follow all precautions. 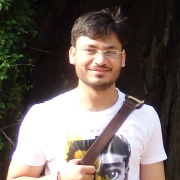 A solo travelling fanatic with the passion of always exploring new destinations of India. If you do not find him at his home searching about next destination in India then he is must be trying to hitchhike to his next stop. A big fan of cricket and desire to eat every street food in India.

The Most Incredible Spots to Visit in Romania