As a young girl growing up in the concrete jungle of a somewhat hazardous city of Johannesburg, the options available to families wanting a quick weekend break away from the hustle and bustle of it all, were, to say the very least, rather limited. South Africa was after all at the very tip of Africa and travel into our bordering countries was rarely thought of. But that being said, as South Africans we were never the less blessed far and beyond any otherworldly travelers imagination….for right on our very doorstep, just a few hours drive away, another world was open to us. This world was then, and still remains to this day, to be one of my personal favorite Universities of Life – The African Bushveld !! In my late teens when I made the decision to move my entire life from Johannesburg to Cape Town, I experienced a great sense of sadness that whilst the move in itself ticked all the lifestyle change boxes that I wished to have ticked, it did not seem to tick the box that would give me the easy access to ‘my animals’ that I had grown accustomed to. If only I had known then what I know now…

Whilst in the near future I will most definitely be focusing on the luxury South Africa Big 5 Game Safari’s of the Transvaal’s Lowveld/Bushveld, the focus of this particular blog is to be on the Big Five Game and Safari the Lodges of the Western Cape. Many tourists that visit South Africa annually, visit often for the soul purpose of wishing to view the fantastic wildlife that we as a country have to offer. By the same token, many visiting tourists arrive on our shores with a travel budget that can be limiting in terms of what they are able to see within a particular city or area and also what it is that they are able to see within a certain time frame. With the most popular and more authentically known area of the South African Bushveld being quite a long journey inland ( be the journey by road or by air ), many travellers decide either to visit the Cape or to visit The Kruger Park in the Transvaal. In other words, the beaches and vineyards verse the African bushveld and wildlife.

What many visitors are unaware of, is that the Western Cape is a vastly open portal to the very best of all worlds as just a short drive of as little as an hour out of Cape Town, the Western Cape boasts a number of exceptional Game Lodges, many of which are the unfenced home to what is fondly known worldwide as ‘The Big 5’. Those of you unfamiliar with this name and what it means will be interested to learn that it refers to the big five game animals that are the African Lion, the African Elephant, the Cape Buffalo, the African Leopard and the White/Black Rhinoceros. The term was originally coined by big-game hunters as a reference to the five most difficult animals of Africa to hunt and has now ben adopted as a term used by Safari Tour Operators for marketing purposes. I, myself, can only stress that I use the term ‘hunt’ very, VERY loosely as I by no means advocate the hunting of any animal whatsoever – in fact, I am a member of many wildlife programmes that are strong activists against the hunting of our very precious wildlife.

Regardless of whether you rent a car or plan a tour operated visit, a trip to South Africa should never exclude the African adventure of a lifetime….it is truly and without a doubt the most essential of all the experiences that should be embarked upon at least once in your life. I can almost, however, guarantee that you will want nothing more than to return again and again. The memory is indelible !!

Conveniently located a maximum of 4 hours drive from the city of Cape Town, here are my most highly recommended South Africa Big 5 Game Safari establishments, all of which offer sightings of the Big Five and all of which are located in malaria-free regions of the Western Cape. All listed recommendations offer the convenience of self-drive day safaris (it’s a great idea to rent a campervan and make it a stop off en-route through the Karoo or up the Garden Route), as well as organized South Africa Big 5 Game Safari that offer a collection and return service from anywhere in the Cape :

* a two to three-hour drive out of Cape Town

* a Cheetah Rescue and Rehabilitation Programme

Sanbona offers the following fantastic one of a kind experiences:

* A Health and Wellness Spa

* although extremely close to the city, the lodge nevertheless offers sightings of free roaming Big Five

* Fairy Glen cater to both Vegan and Vegetarian guests

If this blog helps you in your planning of a South Africa Big 5 Game Safari  trip to Cape Town or any region of the Western Cape, then I am thrilled, as the experience for anyone would be beyond your wildest imagination. Furthermore, I could only implore the suggestion to any would-be travellers that they research a “Save the Rhino” foundation programme that best meets their intrinsic feeling for these endangered animals and to do whatever you’re able to do to play your part in assisting with bringing an end to the senseless poaching of the most incredibly beautiful creatures known to man !! 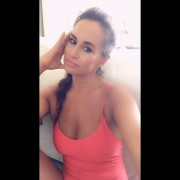 What to See in Bruges, Belgium