People have been flocking to San Diego for generations, and it isn’t hard to see why. This coastal California paradise has great schools, a lively culture, and a booming economy. Whether you’re a promising high school senior looking for a fun place to go to college; or an entrepreneur looking for a thriving market to work in; sooner or later you’re going to be drawn to San Diego. Of course, brains, money, and fun aren’t the only reasons to pack your things and head to San Diego. Here are five more reasons that make San Diego the best city to live in the USA.

What Makes San Diego the Best City to Live in USA

It has the Perfect Weather

If you live anywhere north of Boise, you probably have to set your thermostat to 68 degrees several months a year, just to keep your own house livable. If you live south of St. Louis, you probably have to set your central air to 72 degrees for around six months a year. If you live in San Diego, you probably don’t have a thermostat because it’s always 70 degrees downtown, as if nature set its own thermostat a million years ago, and humans have only recently found the world’s most perfect weather. Aside from avoiding huge electricity bills, perfect weather year around can contribute to increased levels of happiness and that’s one of the most important reasons that make San Diego the best city to live.

You can get a four-bedroom in San Diego for the price of a studio in other big cities. The United States is an expensive country, and California is one of its most expensive states. In California’s other two major cities, the gargantuan urban sprawls of the Bay Area and Los Angeles, you can probably forget about buying real estate in either of them, unless you’re a tech entrepreneur or a movie star. San Diego, on the other hand, has many neighborhoods where people with a normal $2,000-a-month budget can afford luxury items like bathrooms and driveways. Even near the city center, a four-bedroom apartment may cost you less than a three-bedroom house in Fresno. The affordable housing definitely makes San Diego the best city to move to.

Stadium for Both Game Watching and Stars Gazing

San Francisco, Oakland and Los Angeles are serious about their sports. Even Sacramento has a certain affection for its home team; and the ups and downs of the season keep residents of those cities on an emotional roller coaster all year long. San Diego saves you the trouble; the Padres are not going to win the pennant, and they will not be going to the World Series.

That kind of track record takes all the pressure off of pro sports and lets San Diegans enjoy the game the way nature intended; sprawled on the grass at Petco Field, gazing at the clouds and occasionally checking the board to see how badly the Giants or the Dodgers are trouncing them.

A Good Mix of the Old and Young

San Diego’s North Park neighborhood has old and young in just the right proportions. After the ’70s, many of San Francisco and Los Angeles’ hippies needed a safe place to hide from the ’80s. About 20 years later, some young people decided that boutique coffee and ironic haircuts were the way to go. San Diego is home to both of these demographics — not too many, of course, but they’re there — and the result is North Park. Between the coffee, the farmers’ market and the street festivals, normal people moving to the city can get just enough of the Age of Aquarius to fill up a weekend, before going back to their normal lives and jobs on Monday.

Just Close Enough to Mexico for a Day Trip

San Diego is a short car drive from the Mexican border. Even better, the part of the border it’s next to is Tijuana, so half a tank of gas takes you on a day trip to and from one of North America’s tourist meccas. You’re also close to the less-hectic sister cities of Calexico and Mexicali, which sit on the opposite sides of the border and offer their own attractions for casual visitors from the big city just up the coast.

Are you considering moving to San Diego, CA? You Move Me are local San Diego movers who provide full service packing and moving services in the California area. 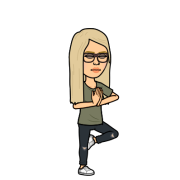 My name is Haley and I am originally from Arizona. I have lived also lived in Minnesota and South Dakota. Among my favorites are being outdoors, traveling, Arizona sunsets, Midwest greenery, craft beer, and the Green Bay Packers.

5 Countries That Pay You To Live There