The Ring Road is the common name given to Iceland’s Route 1. The road circles the entire country, connecting most of its major cities and attractions. The Iceland Ring Road is less busy than the more famous Golden Circle and showcases open wilderness most tourists don’t see.

The best way to experience the Ring Road is to rent a car or campervan and do a road trip. Because of its length, it’s recommended to spend at least 7 days to experience it in full; 10 to 14 days is better. April through September is the best time to visit because temperatures are mild and days are long; but visiting in the winter has the benefit of lower cost and the chance to see the Northern Lights.

There are too many beautiful spots along the Ring Road to cram into one article; but here is a list of my top picks, listed clockwise from Reykjavik:

Kirkjufellsfoss is a small waterfall on the Snæfellsnes Peninsula, 2.5 hours north of Reykjavik. While the fall itself is not particularly noteworthy, its stunning backdrop of Kirkjufell Mountain makes this a majestic sight. The journey here from Reykjavik itself is also very scenic, especially on Route 56 around Lake Baularvallavatn. The nearby town of Grundarfjörður is a great place to grab a bite and get some gas before continuing your journey. Arrowhead Mountain in Game of Thrones was filmed here.

To be exact, Westfjords is not an attraction per se. Rather, it’s a large region in the country’s northwest known for its fjords, remoteness, and raw nature. Two to four days are required to see this region in full; this is especially true in winter when its winding gravel roads can be hard to drive. The Westfjords’ inaccessibility rewards travelers with some of the most beautiful sights in Iceland: Rauðisandur Beach, the red sand beach; Látrabjarg, the 441-meter cliffs perfect for puffin-watching; and Hornstrandir, a hiker’s dream.

Húsavík is charming little fishing village on the remote northern coast of Iceland. Despite its small size, the town has a long history as the first Norse settlement in Iceland. Today, the town’s main attraction is whale watching. Quaint and laidback, it’s a great pitstop to catch your breath on a trip around the Ring Road.

Located in the wilderness of northern Iceland, Mývatn is a large lake formed by volcanic activity 2300 years ago. Surrounded by a vast expanse of rugged, barren land, the lake itself is very calm and clear. The ground deep underneath the lake and its surrounding area is still volcanically active today. The Mývatn Nature Bath is a less-touristy version of the Blue Lagoon and has a much better view.

Overlooking Lake Mývatn to the east is a giant extinct volcano that looks like a meteor impact crater. Its 410-meter-high profile dominates the landscape around Lake Mývatn. On a clear day you get a stunning view of the entire lake from the top. There are two paths to climb to the top of Hverfjall – one is easy, one more difficult. Looking into the inner crater of the volcano from the rim feels like being on the surface of Mars.

To truly feel like being on another planet, look no further than Hverir. It’s a geothermal field where superheated steam from thousands of meters below ground rises up and breaks the surface. The landscape is dotted with mud vents from which large amounts of steam is emitted. It’s possible to walk among these vents, but certain areas are cordoned off for safety reasons.

The area between Lake Mývatn and the town of Egilsstaðir is almost completely devoid of human settlements. In the middle of this empty land sits Dettifoss, the largest waterfall in Iceland. Nearly 200 cubic meters of water gushes down every second, and the view from the top is breathtaking. There are two ways to access it, via Route 862 from the west, and Route 864 from the east. The view from the east is better but the road is rougher. In the winter, Route 864 may be closed frequently due to snow. The opening scene of the movie Prometheus was filmed here.

Stokksnes is one of the most photogenic spots in Iceland. This long strip of black sand beach is set against a dramatic, multi-peaked mountain in the distance. Compared to its far more famous black sand beach cousin Reynisfjara, this one is much less visited. On a clear day, this is a great place to take a stroll along the sea. On a stormy day, this beach emanates a sense of bleakness that is hard to find anywhere else.

Jökulsárlón is a glacial lagoon where chunks of ice large and small float about. To get a birds eye view of the lagoon, you can climb a little hill that runs along the beach. Alternatively, you can walk on the beach to get a little closer to the ice. There is also boat tour you can get on that takes you right up to the ice.

Across the Iceland Ring Road is Diamond Beach, where pieces of ice sit on a black sand beach like shining diamonds.

Skaftafell is a preservation area and home of Skaftafellsjökull glacier, Europe’s biggest continental glacier. You can get up close to the massive glacier after a 30-minute hike from the parking lot. Additionally, you can book tours at the visitor center to get on the glacier itself. Just a few hundred meters from the visitor center is a campsite with some of Iceland’s best facilities. With so much going for it, Skaftafell a great pit stop for your road trip.

Iceland has countless black sand beaches, but Reynisfjara is the most famous. Visiting around sunrise, it’s not hard to see why. As the sky turns pink and then orange, the ocean follows suit. It turns into a rosy pastel color that lashes against the pitch black shores with powerful waves. The sharp contrast in colors is accentuated by two lonely rock formations, gashes of black interrupting an otherwise bright sky. Be very careful when going near the water. The waves are extremely strong and it drags people into the sea from time to time. Never turn your back to the waves.

In 1973, a US Navy plane crashed in an empty patch of land in Iceland, and there it stayed. Over the years, the wreck has been left to its own and has withered, losing bits and pieces every year. Today, it’s completely gutted and missing chunks of fuselage. Its presence in the middle of a flat, desolate landscape makes it a very interesting sight to see. Going in the morning or late afternoon can help you avoid crowds, but it requires a 50-minute walk from the parking lot. 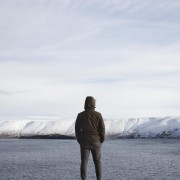 I'm a 29-year-old digital nomad, originally from Toronto and currently based in Chiang Mai, Thailand. Travelling is my passion, having been to over 40 countries. My goal is to travel to most countries in the world in my lifetime

Top 7 Not-to-miss Festivals around the world

5 Perfect and Affordable Destinations for Your Weight Loss Holidays