With its vibrant and multicultural atmosphere, Melbourne, Australia’s second largest city, has become one of the most attractive and liveable cities in the world. With myriads of impressive Victorian buildings, green avenues and promenades, this city offers a true European feel. Melbourne’s diversity is so abundant that it will appeal to all sorts of travellers’ tastes, from food’s delight of Italian, Greek, Spanish and Indian cuisine, to sports games, galleries, gorgeous botanical gardens, relaxing cruises, chic cafes, restaurants and shops. And if this is not enough, there are amazing opportunities for day trip adventures outside city limits. Here’s a list of Melbourne tourist attractions to get you started on your exploration of Melbourne.

Melbourne is a city of many contrasts; so one of your first stops could be the Federation Square, built in 2002 to commemorate 100 years of federation. It’s a controversial piece of architecture that has Melburnians divided; but whether you like it or hate it, it’s definitely worth visiting. Located opposite Flinders Street Station, it boasts a mix of ultra-modern design and Victorian features, with both outdoor and indoor venues for all kinds of events and entertainment.

Just a short walk from Flinders Street Station, on the banks of the Yarra River, there’s an area jam-packed with cultural content. Southbank promenade offers an abundance of live entertainment, cafes and restaurants, festivals and an arts and crafts market.

In the Arts Centre, you’ll find numerous theatres and Hamer Hall, the prime performance spot for the Melbourne Symphony Orchestra. Right there, in the same street of St. Kilda Road is the oldest public art gallery in Australia, the National Gallery of Victoria. It houses more than 70,000 works of art and is particularly known for the Great Hall, where visitors can lie on the floor and enjoy the sight of the colourful glass stained ceiling.

The wine industry in Victoria dates back to the late 1930s and so far, it has produced around 300 vineyards and around 160 wineries. The cooler climate of this region is especially suitable for the production of Cabernet Sauvignon, Chardonnay, Shiraz and Pinot Noir.

If you’re on the lookout for a unique winery in Melbourne, head out for just an hour’s drive to the Yarra Valley and experience over 80 spectacular cellar doors, finest restaurants, high-class accommodation and iconic scenery.

Melbourne is known as a sporting capital of Australia, so one of its top tourist attractions is Melbourne Cricket Ground. Popularly referred to as MCG, it’s one of the largest stadiums in the world that hosted the 1956 Olympics and 2006 Commonwealth Games. It’s also the home of Australian Rules Football and the birthplace of Test Cricket. It also incorporates the National Sports Museum, where you can take a walk down the memory lane and see the greatest moments of sporting history.

Just south of the Yarra River, in the heart of green parklands; Melbourne holds one of its hidden gems – the Royal Botanical Gardens. Established in 1846, it covers both Melbourne and Cranbourne; spreading over a staggering 38 hectares that provide home to more than 8500 species of plants. It’s also a favourite picnic spot and a popular venue for live theatre and open cinema nights in summer.

In addition to the sights mentioned here, the city of Melbourne has a lot more to offer; including numerous arcades and laneways, river cruises, markets, museums and exhibition halls, and the city ZOO. All of these Melbourne tourist attractions will guarantee you the time of your life during your visit! 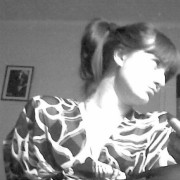 Carolin Petterson is a businesswoman and content marketer with years of experience under her belt. She also loves to travel and write about it. She has had the opportunity to contribute to a number of popular websites.

The Best Way To Travel The World And Get Paid

Fes Must Do Activities When Visiting Morocco