New York City is one of the most beloved New Year’s Eve destinations in the whole world. A grand and glamorous metropolis becomes a vibrant hub of colorful parties, happenings, dinners and other delights around the most festive night of the year. However, if you are not a New Yorker; it can be really hard to navigate this labyrinth of high-rises and intriguing corners. Here is your guide to New Years Eve in New York; if you are determined to welcome 2018 in the capital of the world.

Your guide to New Years Eve in New York

New York City has interesting venues on every corner, and each of these venues pull out all the stops as the Christmas Holidays approach. New Year’s Day and Evening is an especially busy time; so it will not be particularly hard to find an interesting live performance in one of the venues. Whether you are in the mood for a glossy pop band or a jazz ensemble in a nostalgic establishment; just make sure to have someone who knows New York City like the back of their hand in your company and head for Manhattan. Lower East Side is an especially urban and lively zone during the night, as it has several particularly renowned music halls to offer. You can also head to Lincoln Center by the Lincoln Square near Central Park.

Go on a harbor cruise

If you are an “out of the box” type of person who enjoys doing something festive but a bit different; you can head out to New York Harbor and board on one of the small cruise liners for a memorable New Year’s Eve on the glistening evening sea. Manhattan skyline is a spectacular sight to enjoy; especially as the midnight fireworks light up the sky and refract against the water surface. It is a special and glamorous way to enter 2018. As far as features and amenities go; you can have a dinner, open bar, live music, all wrapped up into one, by choosing one of the reliable local cruise companies.

Party on a rooftop

When the ball drops in Time Square; you can feel the sheer exhilaration of the masses that are flowing like a river through the streets and along the sidewalks. It is probably one of the most iconic New Year’s Eve moments on the planet that has seeped into pop culture in a very particular way; it is a privilege to see the ball drop in person. Then you can imagine it being an even bigger privilege to witness this moment in real time from one of the classy rooftop venues around Time Square. After all, why would you wait for this moment out in the cold, pushing and shoving with the crowd; if you can do it from a comfortable seat in a warmed-up lounge? Watch the event below while you sip cocktails and munch on tasty canapé from top-notch mixologist from NYC.

New York City is known as a bona fide food metropolis – a melting pot, if you will, of different cultures and their unique dishes. If you picked one of New York’s many high-quality restaurants for your New Year’s Eve, and entered 2018 with a full stomach; it would have been an evening well spent. Rosa Mexicano offers a delish New Year’s Eve menu with guacamole and antojitos. Junoon, a Michelin-starred Indian restaurant, hosts a stunning gastronomic feast for New Year’s Eve. Jane is a perfect restaurant for those who are looking for something more casual; a West Village bistro that serves American Brasserie and a four-course menu for New Year’s Eve.

A show to remember

New York City is also known for its theatre and numerous performances. Head to Diamond Horseshoe for a night of acrobatics and performance. See “Frozen” on Broadway, and seek out the New Year’s Eve Lovefest for an intriguing mix of circus, burlesque, and magic. If you want something that is more high-brow; go to Alvin Ailey for a special New Year’s Eve performing art performances.

Even though it can be a bit overwhelming for newcomers; New York City is a place that keeps on giving no matter what. You will hardly ever be bored, especially around New Year’s Eve; there is something interesting to see or do on every corner. Just arm yourself with a warm hat and a cozy pair of mittens before you venture out; and you are set for one of the most splendid urban adventures in the wintertime. You will never forget New Year’s Eve in New York. 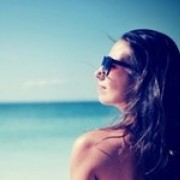 Olivia is psychologist and entrepreneur from Brisbane. Mother of two beautiful children and proud owner of two silly boxer dogs. She is passionate writer, a traveler and conscious consumer, seeking healthy and sustainable products to incorporate into the lives of her family. Her motto is “Be the change you want to see in the world”.

How to make the most out of your travel money