Sydney is one of the most romantic cities on Earth and the best proof for that are the thousands of couples from around the world, that come to Sydney to get married on one of many fabulous wedding venues. Sydney is especially good for people who want their wedding to have a nice view and who like exotic surroundings. In this article we are going to list some of the most popular places for saying “I do” in this magnificent city.

Getting Married in Sydney

Although not a lot of people choose this option because of so many nice outdoor locations in the city, a chapel wedding is definitely on of the most common wedding ceremonies that are being held in the city. Although Sydney is not very old, it still has some nice churches that look as pretty and historic as the ones in Europe. One of the biggest and the most beautiful ones is St. Mary Cathedral in Central Sydney.

Sydney is a very diverse and multicultural city which means you are able to try all kinds of different food from around the planet. It has some of the best Chinese and Italian restaurants in the world and some of them come with a breathtaking view- perfect for a wedding ceremony. Restaurants with the best view are located in the Rock district in the oldest part of town.

Sydney has some of the nicest and most exotic parks in this part of the world. It is one of the greenest cities on the planet and its residents are very proud of that fact. Parks are great places for a wedding ceremony. You are going to be surrounded with exotic trees and plants. In addition, some of the parks also come with a great view of city’s most popular tourist sights like Opera House or Harbour Bridge. Park weddings can be held without any government permission for ceremonies with less than 50 guests. Some of the best parks for wedding ceremonies are: Royal Botanic Gardens, Centennial Parklands, Observatory Hill Park etc.

Sydney has a lot of other places that offer nice views and romantic atmosphere. One of the popular wedding venues that doesn’t fall into any of the above listed categories is the Sydney University Campground as well as the Vaucluse House, which is a historical house located in the Eastern suburbs of the city.

No matter which one of these places you choose, exotic surroundings and romantic atmosphere of this city is something you are going to remember for the rest of your life. Sydney offers some of the best wedding locations in the world, and thousands of couples go home each year, with the pack full of nice photos and memories of this lovely city. 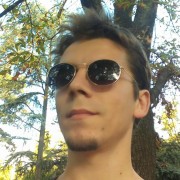 Oscar Waterworth is a travel enthusiast and a freelancer from Sydney. He started traveling because he didn't want to spend his whole life in one city. He explored many parts of the world already, including Tahiti, Thailand, Spain, France, Italy, Romania, Greece etc. In the future, Oscar will continue his travels and will become a contributing author of High Style Life blog.

Top 10 Travel Scams to watch out for