Moving to Portland, Oregon without a car is most certainly doable. The city has a plethora of public transit options that are relatively affordable when compared to other large cities, and the city is even more accessible when one owns a bike. In fact, it is ranked the #1 bike friendly city in the USA. At the same time however, the traveler in me gets cabin fever being reliant solely on the predetermined routes of public transit and the meager miles bike power can get me. When this cabin fever hits, the insatiable desire to rent a car and break free of Portland’s city limits consumes me until before I know it, I’m rolling out of a car rental shop with my foot on the pedal and I’m cruising on a highway faster than it takes for the next bus to come to my stop. This time, it was east down the Historic and scenic Columbia River Highway.

One of Many Portland’s Scenic Drives: Historic Columbia River Highway

The amazing part of Portland is just as quickly as you are in the middle of hipster central with eclectic donut shops, folks strumming guitars on curbsides and bikers riding puzzlingly tall bikes, you can drive only 15 minutes in any direction to be in a seemingly different world. The Columbia River Gorge drive, out east on I 84, is full of rural lands and endless breathtaking scenery full of stunning mountain scapes and low hanging translucent clouds.

Leave from Portland, get off exit 17 and continue onto Highway 30, also known as the Historic Columbia River Highway which was built between 1913 and 1922 and offers speeds slower to really soak in the views superior to the I-84 route. You’ll pass beautiful jagged cliffs and steel bridges, and completely natural waterfalls, including the famed Multnomah Falls which is the tallest waterfall in the state of Oregon.

If crossing off visits to wonders classified as the tallest/best/biggest/longest isn’t your reason for living, take some time to pull over and enjoy smaller and less populated waterfalls en route, such as the Latourell Falls which has a paved path leading down to the base of the waterfall or a steep trail leading to a lookout to the falls. Horsetail Falls also offers stunning views even from your car and once again without the headache of a ton of visitors clambering to see the same thing.

While enroute to Hood River, be sure to pull over at the Vista Lodge which was built in 1918 but now serves as an observatory and rest stop 733 feet above the Columbia River. The scenes are not only breath-taking but the winds can be as well. Take great caution getting out of the car because the day I was there, grown men were having difficulty walking through the unbelievably fierce winds, some even resorting to crawling to take shelter behind cars.

The Columbia River Gorge drive on Highway 30 eventually reconnects to I-84 to continue making your way east towards Hood River. Hop off exit 40 to check out the Bonneville Dam, home to many kinds of fish, including North America’s largest freshwater fish the sturgeon. It’s pretty neat to not only see these large creatures but learn all about this unique piece of Portland. My new plans while in Portland is to go fishing and try to catch one as I learned the smallest allowed to be caught is 38 inches while the largest is 54 inches.

Now to visit the largest craft brewer in Oregon… 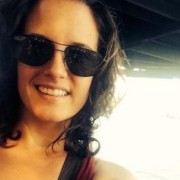 A Weekend in Northern Ireland

If you think that Indian food is all the same, then think again!