Backcountry skiers are always looking to push the envelope, a trend that’s definitely not for snowbirds. Snowbirds like impeccably landscaped resort slopes and trails. Backcountry is about experiencing nature at its most pristine and untouched. Once the domain of a handful of mavericks, backcountry skiing is a growing craze. It’s attracted greater numbers of enthusiasts than ever. If you’re looking to get off the beaten track to the best states for backcountry skiing, read on.

With 550 mountain peaks, Colorado is not just one of the best states for backcountry skiing; it’s a must for skiers of all kinds. The San Juan mountains, once the site of camps where early miners extracted silver and gold, is a steep range where skiers won’t be disappointed.

The highest peak extends 14,309 feet into the sky. You just have to come here if you truly want to feel the adrenalin of high altitudes. You’ll experience silver surfing through stretches of snow-capped landscape that feel like yours and yours alone.

Idaho mountain ranges lend themselves to pics that will steal a backcountry skier’s breath. Peaks in this scenic northwestern U.S. state soar as high as 10,751 feet. If you’re overwhelmed by having to choose the best of its many mountainous areas, head straight to Sawtooth Range. You won’t be disappointed. The name alone proves it’s an environment that’s about as rugged as one can get.

Backcountry skiers are simply blown away by Idaho’s diverse scenery. It also has yurts that come equipped with the supplies you need to prepare a meal and get a good night’s sleep. Hand down, one of the best states for backcountry skiing.

No state is more synonymous with snow or is known for having as vast a pristine landscape. Hatcher’s Pass Slope, however, manages to stand out of the dense wilderness of the largest state in the U.S. Hatcher’s Pass is a spot that’s not to be missed. Just an hour from Anchorage, snowfall is said to arrive here earlier than anywhere else.

Mile 16 Ski Run is a magnet for backcountry skiing lovers as well as snowboarders. You can’t go wrong when you have 300,000 acres of snowy slopes, some soaring to 6,000 feet. Make sure you’re dressed in the right gear before you take to the wilderness in this state. Temperatures here drop to some of the lowest you’ll find in the U.S..

If you head up to Sundance they have some of the best powder days in the state. Sundance resort not only has great skiing, but it also has amazing lodges and restaurants you’ll definitely want to check out. It definitely isn’t a place you’ll want to miss on your next skiing adventure in Utah.

Backcountry skiing is all the rage for obvious reasons. It’s the ultimate way to cut loose from the crowd and lose yourself in nature. States that attract backcountry skiing enthusiasts have the challenge of keeping conditions in mountain areas as wild as possible while making sure safety measures are in place.

That can be a tall order, so hire a guide or spend time getting up to speed on all the precautions you need to take before beginning your great American backcountry skiing adventure. Invest in skis that accommodate rigorous climbing as well. 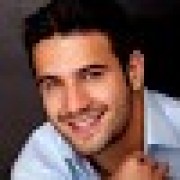 Kevin Devoto is an avid outdoor enthusiast and freelance writer. He enjoys writing about sustainability, eco friendly behaviors and local travel. He has traveled all over the world but has taken a particular interest in our great National Parks.

How to Get Free Cruise Ship Cabin Upgrades