When you have such a widely consumed and recognized drink as wine and a country that is among the top countries of the world for many reasons, then a story of success is inevitable. As it is well-known, wine can be made to suit the needs of everyman, but there are also wines that are made specifically for wine know-alls.

Australia is not only one of the most prosperous parts of the world. It also has an incredibly vine-friendly climate and soil, which are a perfect condition for production of appreciated and tasteful wines. From Western Australia, to Victoria and New South Wales, this outstanding country is the 5th world producer of this divine drink. They even grow vine in Tasmania. But definitely the most fruitful Australian state in terms of wine production is South Australia, which produces about 50% of the overall amount of Australian wine.

The northern part of the continent, though, does not fit into this image. This part of the country is washed with monsoons and the climate is generally much damper than in the south. Such conditions are not favorable for the best Australian wines and vineyards.

The vine varieties grown in Australia are also nourished in other parts of the world, but the Australian versions always take the top places. The best Australian wines can be compared to French and Californian wines.

The cradle of wine

Australia really stands out as a producer of all sorts of wine, from everyday dry wines to high-class sweet white wine and other great wines meant to be served on fancy tables around the world. When going to Australia, visiting its landmarks should be accompanied with tours across the Australian wine regions. It is an unrivalled experience for getting to know the countryside of this continent and see its hidden treasures on amusing and educative wine tours. Once you go around Australia, you will hardly leave this enchanting continent. 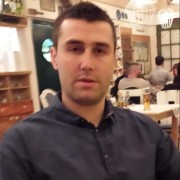 I am passionate about everything travel, and have so far checked 20 countries off my bucket list, which is however constantly evolving. My dream is to visit every country in Europe (as a start), and am working towards my goal. I make sure to check out the local basketball courts in whatever country I am visiting, and you can often find me playing a game of chess as well. I also make it a point to research local authors, and try to find a translated piece of their work when I get home.

Getting married on your travels – Cape Town