New York City is the most populous city in the US. With 8.4 million people abiding there, you’re bound to run into some colorful characters and interesting, sometimes compromising, situations.

People are drawn to New York because of the diversity, the cultural opportunities, and general awesomeness. But there are some awesomely awful things you’ll encounter there.

Tuesday mornings and Thursday summer nights, thousands of yogis in their designer spandex gather in Bryant Park (steps away from Times Square) to get their zen on in public.

Or you might come into contact with a mass Times Square Yoga to the People session. It looks like some sort of dangerous cult: Jonestown in the city.

You’ll see New Yorkers gathering for some of these huge events, or waiting on line for Trader Joe’s, or brunch, but they flee Times Square in droves from Thanksgiving to New Year’s Eve, leaving the visiting masses to their gape-mouthed sky-gazing.

The infrastructure of New York is crumbling. Antiquated water mains break and erupt all of the time. Buildings, with gas leaks, explode with shocking regularity. Huge cranes crash and demolish buildings. The streets melt. People die. Dogs get electrocuted with faulty wiring and snow on the ground every winter. I’ve seen it from my Clinton Street apartment in the Lower East Side. It’s a sad site seeing someone trying to resuscitate a dog on the street. (But after experiencing the horror of 9/11, you start to put these minor tragedies in perspective).

Manhattan is being reclaimed by the surrounding bodies of water. Superstorm Sandy caused major damage and flooding and knocked the power out for days for most of lower Manhattan, disrupting lives for millions.

But New Yorkers took in in stride. The city held up remarkably well under those bleak conditions. The lights came on, the rats scurried away, and New Yorkers went back to living their insane urban lives.

Accidentally Sit in Someone’s Pee (& Other Misfortunes on the Subway)

Urine is everywhere in the city. If you live there long enough, you are going to smell it or sit on it. It’s inevitable and it is all too apparent when the weather starts warming up the streets and the odoriferous piss smell becomes haltingly pervasive.

Transportation is a bitch, but it’s easy to reach any destination in New York, in a subway, or cab, or Uber driver. I am amazed that it works as well as it does for the 4.3 million commuters and tourists who use it every day and the billion plus people who ride public transit every year. How do more people not get pushed on to the subway tracks?

Traffic is bad. But it’s not as bad as it is in other major car culture cities like Los Angeles or Washington DC. Most New Yorkers don’t drive in the city. They could lose all of their money paying for parking violations in parking traps.

Get Randomly Decked in the Face by Strangers

An alarming violent game called ‘knockout’ swept the city a few years ago, targeting unsuspecting pedestrians with the intention of knocking them out cold with one punch.

It happened to me when I was walking home one evening along Delancey Street in the Lower East Side. Approached by four men walking in side by side, I was sucker punched by two of them and stumbled back stunned  to face these rather intimidating attackers. No words were spoken, and the motivation wasn’t robbery. I quickly walked the remaining two blocks back to the safety of my apartment, iced my black eye, and eased my slightly dislocated jaw back into place.

I got off relatively lucky with only a black eye and a dislocated jaw. There have been more devastating attacks that have led to unsuspecting victims needing dental implants or, worse, death.

There are reports that this senseless violence is increased on Easter night as a result of gang rituals. Watch your back on the streets of New York. Walk in well lighted areas and avoid seemingly deserted streets.

New Yorkers are more approachable and friendly than many people assume. They have a studied, requisite insouciance when walking through yet another movie set, or standing at a food cart next to a disheveled Matthew Broderick. Even though dangers lurk on every corner, it’s safer now than it’s been in decades.

Vermin, They Run the City!

Bed bugs! Bed bugs everywhere. Watch your back. Watch where you sleep. Check your sheets. You’re not even safe in a $600 a day hotel room. New Yorkers have been in a panic about those pesky bugs for years now. And they are not going away unless we choose to poison the air with DDT again.

Yes, New York is a seething hell hole. You have to endure a lot and pay cripplingly high rent for the pleasure of living there. The city caters to uber-rich hedge fund managers and billionaire foreign investors, forcing artists, musicians and creative types to live farther afield.

But New York is singular, even with all of its horrifying flaws.

What else is New York?

The best restaurants in the world, bars that stay open until 4, the Metropolitan Museum and the Metropolitan Opera, just about every museum imaginable, Carnegie Hall, the Broadway theater scene, the Highline, the skyline…New York is one of the most fascinating municipal experiments ever!

New Yorkers love to love the city, and they love to it hate it just as much. There have been so many iconic songs written about it: “New York, New York”, “Empire State of Mind”, Dinah Washington’s “Manhattan” (dubiously and optimistically singing, “we’ll turn Manhattan into an isle of joy”).

The song that has become the unofficial anthem of the city, for me at least, is LCD Soundsystem’s “New York, I Love You But You’re Bringing Me Down”.

New York, I Love You

But you’re bringing me down

Jesus, where do I start?

But you’re still the one pool 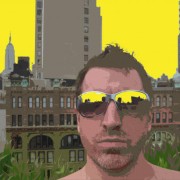 5 Touristy Things To Do In Lisbon