Aldous Huxley rightly said, ‘For the born traveler, traveling is a besetting vice. Like other vices, it is imperious, demanding its victim’s time, money, energy and the sacrifice of comfort’. More often than not, the urge to travel gets dampened by time and resource constraints but that shouldn’t always get the better of ourselves. Following are some short trip ideas to some offbeat destinations in the world, for the much-needed break. And because they aren’t mainstream, they won’t burn a hole in your pocket either.

Top 7 Offbeat Destinations In The World

1. Spain and Portugal (Especially in the Winters)

Move over the touch and disappear game of country hopping in Europe and get an up, close and personal glimpse of two of the most beautiful coastal countries of Europe in just a week. The two bordering countries are blessed with a pristine coastline, clear blue seas and expansive never-ending roads that lead to, well, a few roads less traveled. And what’s the best part? Europe is pleasantly cheaper in the winters – from the accommodations to deals on meals, in-country travel and flights – everything gets more affordable in the winters and is the ideal backdrop for the perfect trip.

Thailand has more than just beaches and full moon parties. The quaint countryside of Northern Thailand has experiences, views, and treks to offer that cannot parallel many others. Bordering Laos and Myanmar, Northern Thailand has picturesque hills, culturally rich hill tribes, each of which has their own language and customs, lush green unspoiled forests and some of the best walking and hiking trails for a quaint experience. From Tuk Tuk Rides in the hill of Chiang Mai to Hill Tribe Treks in Ban Mae Jok, it’s totally doable to explore the verdurous vibe of Northern Thailand in just a week.

From cobblestone streets of narrow by lanes to a cultural potpourri and art anarchy, Eastern Europe has the enthralling capacity which few other destinations have. Be it the world famed and popular UNESCO World Heritage Site of Dubrovnik, Croatia; or the fascinatingly beautiful lineup of thousands of silvery olive trees in Corfu, Greece, revel in fiestas of the four countries. Possible to take as a week-long escapade that gives way more experiences than just passport stamps. It’s highly recommend to explore the street art and music scenes of the Adriatic countries while visiting offbeat destinations in the world.

Safaris, Seas and Siestas – There are more ways to explore Africa than just South Africa and Tanzania. A budding country, there’s a lot to explore in Kenya by culture and adventure enthusiasts. From strolls in Serengeti to the spotting flamingo gatherings in  Lake Bogoria for wildlife photography, experience the land of the Swahilis and Maasai Mara’s. People who ache for a truly offbeat experience should consider a week or two of volunteering with the Maasai tribe in Kenya. Take some downtime by the beaches of Watamu and Turtle Bay and head for some diving and snorkeling. Don’t forget to explore the beautiful Rift Valley area which has fascinating geothermal landscapes, equalling that of Australia (Read: Windjana Gorge). And what’s the best part? At not so Australian prices, you get equally enticing and captivating views in this gem of Eastern Africa.

The quieter version of Australia, New Zealand offers some stunning landscapes. From the crystal clear waters of the Abel Tasman to Turquoise lakes in Pukaki. Witness the coastlines merging with mountains in the land of the Kiwis. Offering breathtaking beautiful expanses of road trips that’ll stay with you for life. Gaze into vineyards in Otago before you let your hair down enjoying the taste of the fine wine of NZ. What’s more? Don’t forget to knock at the ‘Hell Gate’, a geothermal spot, as you cover this stairway to heaven.

From World Famed Bollywood Festivals to sweeping deserts rides and hiking in the Atlas Mountains, the dizzying diversity of offerings in Morocco will leave you spellbound. From delectable cuisines to listening to the local’s talk in several different languages in a matter of minutes, Morocco is a great option for the 1-week long escapade. It is the gateway to Africa. Trekkers can hike in the Atlas; and the beach bums can head to Essaouira and Sidi Ifni on the Atlantic coast

If planned right and well in advance, short trips to offbeat destinations in the world can give one the best of travel experiences. From the journey to the arrival and then getting back to where you started full of nostalgia, give yourself the well deserved break. Let the trip take you to places you’ve never been before. 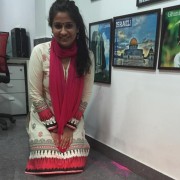 A 20-something solo traveling enthusiast, I like to experience everything quaint and travel to lands far and wide.