When travelling by motorcycle, it’s usually more about the journey than the destination. There are some routes which will make you wish you never had to arrive. These are the 7 most epic motorcycle rides in Europe you could plan; so don’t let your life go by without trying at least a few of them!

This is the most dramatic road in Romania and certainly one of the most dramatic in the world, let alone Europe. It was originally intended as a military route with strategic twists and turns up and down the mountainous countryside. It lays out ahead of you like a ribbon across the green fields, and it feels like a fairy tale to ride.

The Stelvio Pass is on the Italian side of the Alps; and is the highest paved mountain pass in the Eastern Alps. For that matter, it’s the second highest in the whole of the mountain range. There are 48 hairpin turns on the northern side alone, and the altitude steadily drops before falling again on the way down. It’s a breath-taking view from start to finish, and you will want to catch your breath at the top.

The reward for finishing this route is a panoramic view of the Pasterze Glacier and the Großglockner, the highest mountain in Austria. The route itself doesn’t exactly feel like a chore. The numbered hairpin curves will draw you upwards until you reach the summit; and if you come from the south, you will also pass through beautiful pastoral villages on the way.

Rauma, Norway, offers this little gem: a 9% incline and no less than 11 hairpin bends on the mountainside. Trollstigen was first opened in 1936 and is very narrow, with lots of sharp turns to keep you on your toes. It’s closed during the autumn and winter because of the slippery conditions, so be sure to plan ahead.

Don’t attempt this road in wet or icy conditions unless you are a professional stunt rider! A plummet into the valley below could follow, as the tight twists and turns lead you up the mountainside without much of a barrier in terms of protection. This is one for those who dare. The Monte Carlo Rally once passed through here, with viewers describing it as the Night of the Long Knives thanks to the headlight beams cutting through the darkness as cars raced their way up the tight road.

When on a motorbike or by car, this is one of the most picturesque roads in the entire world. Anyone who has been to Amalfi generally picks up the annoying habit of telling everyone they know how great it is, but that’s for a reason. It takes you along a stunning coastline and through many tiny and quaint Italian villages, all of which look about an inch away from falling into the sea. This is one of the richest areas of Italy, and there’s a reason for that, too.

This high pass in the Swiss Alps will take you from Gletsch to Realp, with a tunnel which bypasses the route for those who aren’t interested in seeing something wonderful. If you’ve seen the James Bond film Goldfinger, then you’ve seen this pass – which makes for all the more compelling reason to travel it in the flesh.

We challenge you to find a better ride to add to our 7 most epic motorcycle rides in Europe. If you can come up with them, we’d seriously like to know; and we will add them to our personal lists! 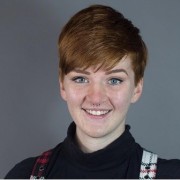 Michelle Arios works as Marketing Assistant for BizDb.co.nz, writing for several online magazines and gaining experience in marketing. Whenever not working, she likes to travel the world or catch up with her favorite TV shows.

7 Perfect Reasons You Should Visit Singapore