For centuries, Ireland has been the world’s number one producer and trendsetter in beverages. A nation popularly known around the globe for the best whiskey brand, tea, coffee and beer. The renowned Guinness brand will always offer indigenous popular Irish drinks to any population.

When Joe Sheridan first combined a robust Irish whiskey with rich black coffee, he did not know he was creating Ireland’s irredeemably naff drink. This hot drink has long been a favorite in all Irish households that could be described to rival a great stout.

While you can enjoy a cup of Irish coffee at any pub or hotel around Ireland, you can also prepare the coffee at home by following a home recipe guide. The process may sound easy but it’s not. It requires proper planning and mixing of the ingredients to produce the classic drink. For perfect Irish coffee, pop into the Atlantic Bar and enjoy a cup of steaming goodness on the Emerald Isle of the bar.

Enjoy traditional music at the Bridge Bar at the Moorings Portmagee as you sip a cup of locally brewed Irish coffee every Tuesday night. On a chilly evening, make your way to the Flynn Bar and Restaurant for dinner. Warm the evening up with the best servings of Irish coffee with your colleagues and newly made friends in Banagher.

For a long time, Irish whiskey was thought to be the cheap shot to go along with cheap beer. However, Irish whiskey is garnering pace with bourbon, rye, and scotch. The public becoming more and more infatuated with brown spirits. With over a thousand whiskey expressions including iconic brands such as Tullamore Dew and Old Bushmills, and startups like Dingle Distillery and Telling Whiskey, Irish whiskeys have become the most popular and fastest growing brands in the world. Ireland Whiskeys are available in blended forms as single grain or single malt pure produce.

The Celtic Whiskey Shop in Dublin stocks every brand of Whiskey in Ireland and they give you an opportunity to sample brands before purchasing them. They have weekly whiskey master classes and monthly tasting events that help you get in touch with your favorite bottlings. For a more personalized and tutored tasting session, visit the Park Hotel Kenmare. Allow adept whiskey expert John Moriarty to select your perfect lineup from the bar’s 150 unique selection.

Tourists should know that Irish whiskeys are costly in Ireland. The Government has imposed high taxes on all distillers in the country.

Whiskey is one of the most diverse, intoxicating, versatile and diverse drinks in the globe. For all whiskey enthusiasts, it is best to serve it on the rocks, which means it should be chilled. This helps to bring out the exclusive flavor of the whiskey. Whether having Irish whiskey at the pub or at home, a reliable ice machine comes in handy for transforming water into ice and serving it chilled.

Ireland consumes more tea annually than any other country in the globe. This can be accorded to Ireland’s culture of taking tea which was common among fishermen and farmers who needed a warm drink while working in the fields during winter. The charming tea rooms and luxurious hotels all over Ireland offer a blend of the world’s best tea. Usually, these are a combination of several black teas usually Assam Indian Teas from Barry’s and Lyons.

Irish tea stands out in its stout reddish-brown color. The malty taste is coming from the largest tea fields with indigenous tea plants in the world.

Enjoy a cup of the earl, Chamomile, green and chai tea at the Old Post Office in Lisbane, County Down, a 19th-century cottage with thatched roofs, which is the oldest tea room in Lisbane. You can grab a cup of afternoon tea at Vintage Tea Tours while transiting Dublin’s magnificent sceneries onboard a vintage double-decker bus and listening to the 1950 jazz.

4. Guinness- A Pint of Plain

What is a visit to Ireland without taking down a bottle of Guinness? Like silk pouring into a glass so is Guinness, which was invented by Arthur Guinness in 1759. If you are a beer aficionado traveling to Ireland, a bottle of the renowned black stout tastes better in Dublin than in any other part of the world. Even US former President Barrack Obama attested to this claiming the pint tasted better at home.

The Irish Craft Beer and Cider Festival is held annually in Dublin. You can relish to an ounce of the quintessential Irish beer fresh from the brewery. To get exclusive to design breweries, join the Wicklow day tour, which offers you the chance to visit the St. James Gate Brewery and enjoy a five-course, beer-paired lunch. The exemplary brand is available in taps in every pub in Ireland

The rich history and traditions of Ireland have helped in creating renowned global beverage brands. On your next visit to Ireland, take time and enjoy the renaissance of popular Irish drinks whether alcoholic or not. 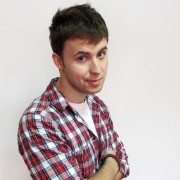 Mike Jones loves to travel and to try the local cuisine. His latest trip was to Ireland where he checked some of the local beverages.

Why You Should Visit Georgian hidden gem Svaneti