It’s spring, which means one thing: time to plan a trip! Europe is the place on everybody’s mind, and with more than 50 countries squeezed into this continent, it can be hard to figure out where to go. Fear not, we have just the thing! Here are three often overlooked European destinations that you might have missed when planning your trip. Will you add them to your list?

Quick—name a country in the Mediterranean! You might have thought of Italy, Greece or even Albania. But did Malta pop into your mind? It’s one of the most commonly overlooked European destinations.

This small but charming country is often overlooked in favor of its more famous neighbors. That makes it one of the most underrated countries in Europe. Malta is bursting with fantastic things to do that will appease any traveler. It has cultural cities, historic monuments, fabulous streets full of shopping, and of course, delicious food. Oh, and have we mentioned the world-class beaches?

Start off in the capital, Valletta, where you can find plenty of cobblestone streets, historic architecture and delicious seafood. If you’re visiting during the month of April, you can see the colorful fireworks display in Valletta’s harbor during the Malta International Fireworks Festival.

A few kilometers north is the small resort town of Sliema, where you’ll find fabulous one-of-a-kind souvenirs. Stop by before you leave and stock up for your friends (and don’t forget to treat yourself as well!).

For those chasing the sun, make your way up north to Mellieha Bay. You’ll find the best beaches in all of Europe. If you’re flexible, we recommend visiting during early fall (September to November). Temperatures are still pleasantly warm but the tourist crowds are gone, which means you’ll have the whole beach to yourself!

Did you know that Malta has more than one island? It’s true—besides the main island, there’s also Gozo island and Comino island! When you’re ready to get off the beaten path, you can take a ferry to one of these islands and bask in nature. Go for a snorkeling adventure, try out cliff diving, or explore ancient ruins.

Belarus, a hidden gem missed by most

Long hidden behind the Iron Curtain, Belarus is a relatively new destination for tourism. It’s been named as one of Lonely Planet’s Top 10 Best in Travel countries for 2019. You should definitely put it on your list before the waves of tourists come! Belarus is extremely budget-friendly and has something for everyone.

Those who are history buffs and/or love Soviet architecture are in for a treat. Belarus’ capital city, Minsk, is often referred to as a capsule in time because its historical buildings are so well-preserved. It’s like going back in time to the USSR! Start at Independence Square, one of Europe’s largest plazas, before walking down Prospekt Nezavisimosti and marveling at the architecture. Likewise, don’t forget to stop by Pinsk, one of the oldest cities in Belarus. There you’ll admire the colorful houses and whimsical pedestrian streets.

Nature lovers and campers should head straight to Belovezhskaya Pushcha National Park. You can catch glimpses of wild bison and an epic sprawling forest.

On the other side of the country is Vitebsk, a hip city that’s often called Belarus’ cultural capital. Here you’ll find trendy bars and restaurants, yearly musical festivals, and an energetic atmosphere.

Staying for a while? Add the historical Mir castle, cozy Hrodina city or charming town of Pinsk to your list of overlooked European destinations.

Norway is not to be ignored

Iceland may be having its moment in the tourism spotlight, but that doesn’t mean you can’t visit it’s Nordic neighbors! Norway is the perfect “anytime destination.” As the name says, it can be visited and enjoyed at any time of the year.

The summer is an excellent season to go camping and hiking in Norway’s nature, such as the seven mountains around Bergen, and take a boat trip out to the fjords. In the winter, ski resorts open up and greet locals and travelers alike.

If you visit between October and March, you might even join the lucky 3% of people who have seen the Northern Lights! The best chance of seeing them are in the towns up north, such as Tromso or Trondheim. For a one-of-a-kind experience, book a room in the Sorrisniva Igloo Hotel. You’ll stay in a hotel made entirely out of ice! How’s that for a cool trip?

If you’re keen on exploring everything that the country has to offer, we recommend Norway in a Nutshell. Essentially this is a scenic train trip from the capital, Oslo, to Flam and Bergen. You can add a bus ride to nearby towns and a boat excursion to the fjords.

Have you been inspired to add one of these often overlooked European destinations to your next trip? Let us know in the comments below, and as always, happy travels! 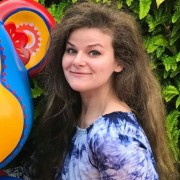 Luda is a travel blogger who has visited over 40 countries. She loves budget travel, off the beaten path destinations, and delicious local food!

Gardens of Singapore, the Garden City