There are exactly 118 beautiful remote islands in the Pacific Ocean east of Australia. They were discovered rather late in comparison to the other parts of the world, around 1606, and the Occidental influence arrived quite slowly. Even now, this isolated piece of Earth seems untouched, immaculate.

Before Europeans inhabited the land, it was populated by indigenous peoples of Tahiti known as Maohis, and as they are one of the most significant Polynesian peoples of Oceania, most of their culture and customs have been preserved. Their descendants keep on maintaining their traditions, not only for the eyes of tourists, but also because they truly value this heritage.

A few things you have to know to make your trip to Tahiti smoother: currency in use there is the CFP franc, simply called franc in everyday use, its value is a little less than an American dollar for 100 francs. Of course you will travel there by plane, and arrive at the International Airport in Papeete, the capital of French Polynesia, also known as Tahiti Faa’a. Tahiti is also a popular cruise destination.

Even if you have not booked a room before the trip, it is really easy to find accommodation in Tahiti even after you arrive. After you settle and unpack, it is time to explore all the beauties of this paradise, and if you are not sure what it has to offer, we have a list of 10 things to do in Tahiti .

10 Things to do in Tahiti, French Polynesia

The islands are not that inhabited, as the most populated one has only 7000 people. Tahiti is famous for its beautiful beaches , but the fact is that they are deserted and seem to be reserved for tourists. Bora Bora is known for hosting the most beautiful atoll in the word, and it’s worthy of its reputation, you can spend hours just watching at the ocean.

Some historic figures have spend a couple of their years in Tahiti like Paul Gauguin, Henri Matisse, Pierre Loti, Herman Melville, Stevenson, and Jack London. There is also and atoll named after Marlon Brando (some sequences of the movie Mutiny of the Bounty were shot there), that is today one of the world famous natural parks.

Enjoying local food is of course in our list of 10 things to do in Tahiti, French Polynesia. It would be a pity to visit this amazing place and not try some of the local specialties, prepared in one of the best Tahitian restaurants. One of the most famous dishes prepared here is a raw fish in a marinade, that is best combined with lemon sauce and coco milk. Another world famous meal is Mahi Mahi, that is prepared with traditional meat like sea bream and served with vanilla or coco sauce.

When on a fairly deserted island, be sure to take your time and relax. You have been working all year long and you have deserved to sit back and relax for a while, as you are probably fiu, which stands for tired in Tahitian. There are numerous exclusive spa centers on the island that you can visit, rest for a while and forget about the worries that you have at home.

On the other hand, for those adrenalin addicts, there are several activities you can try out.

As the water is warm in Tahiti, with the temperature about 26 to 29 Celsius degrees all year long, it is known as one of the best places on Earth to go diving. You can choose between exploring the lagoon, with nothing but the tuba, where you can see jelly fish and colorful corals, and on the other hand you can swim in more open waters with dolphins and giant turtles. But be sure to hire a professional if you plan on swimming in the open sea, and that you have the proper equipment.

If you visit Tahiti between April and October, you definitely have to go surfing. This definitely is one of the best 10 things to do in Tahiti, French Polynesia. Even if you have never done it before, you can go to the “pointe Venus”, and later if you turn out to be good you can move to other beaches with the professionals. Tahiti also organizes an annual international contest in May at Teahupoo, where you can see some of the best surfers in the world. Just remember that if you do decide to surf you need to be extremely careful about your safety, so maybe the good thing would be to first talk to a professional.

7. Swimming with the Dolphins

Another item in our list of best 10 things to do in Tahiti, French Polynesia is swimming with dolphins in Moorea, where they have pools specialized exclusively for this. Here you do not need to worry about your safety as dolphins are friendly and there are trainers and instructors that will guide you through entire experience.

On Mount Pahia in Bora-Bora and Maupiti, some of the most beautiful islands of French Polynesia, you can go hiking and enjoy the views of the entire islands from when you get to the top. Be sure to hire a professional guide, as the tracks are not always indicated and it is quite easy to get lost. On your way you will see a lot of lizards and scorpions, but do not worry, they will not pose any threat to you.

Visiting the museum in Punaauia Te Fare Manaha is also one of the best 10 things to do in Tahiti, French Polynesia. This place will give you some insight into the to Ma’ohi culture and it is only 15 kilometers away from the capital Papeete. Tahitians also have traditional festivities called Heiva that are held in July. What happens is that groups of singers, himene, and dancers meet every evening in To’ata to compete, while they play traditional drums called to’ere and pahu. Each group has its own act that is inspired by local legends.

10. Star Gazing and the Southern Cross

If you are tired of city lights and you missed laying on your back looking at the stars, this is the right place to do it, as the skies are clear, there is no pollution, and the nights are warm and pleasant. While you are here you can look for the Southern Cross, the star that led the navigators on their voyages in the ancient times.

Do you have other suggestions on your best 10 things to do in Tahiti, French Polynesia? Let us know in the comments below! 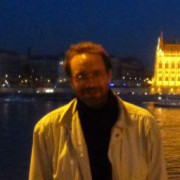